Power of a Thousand!

I had never run a home-stay before. I was naive at how things would unfold in reality. I was as much a novice, at how it would unfold in the virtual world—read, a website/ a Face Book page. All I did was, take Henry David Thoreau’s advice literally—where he says, “If you have built castles in the air, your work need not be lost; that is where they should be. Now put the foundations under them.”

That’s all then, I’ve done since. I’m getting there. In the bargain, the journey has somehow so beautifully blended with the destination itself, that it no longer seems like a goal-driven venture. Especially, as I realise that the joy I receive is exponentially proportional to the happiness of my guests. It’s with the same sense of joy I share, that precisely 6 months after ‘Khanabadosh’ metamorphosed from woolly dreams to its stone & glass present; its Face Book page has a thousand likes! Expressions, that are not plastic, that are alive, meaningful, unadulterated and profoundly conducive to my being. Firstly, a loud and grateful thanks to you all! It is after all you who are reading this, who is responsible in part…for making it worth its while, to watch my place grow in body, mind and spirit. Each such like, review, rating confirms and reaffirms that following one’s heart with passion has struck a resonant chord with you all; and that, is both rewarding and uplifting. It’s not about a transient ego boost…it’s something much deeper that wants me to take a bow and thank each one of you, for pulling precious moments out of your life to share them with mine.

THOUSAND!!! It’s not a small number. It’s a force to reckon with.

Something to be celebrated —why else would a millennium give so much to talk, when a decade or a century on the calendar won’t. Why is it, the magic number of days, entrepreneurs extol about—patiently trudging through each 1000 of them unconditionally, without profit; focused and assured of the light at the end of the tunnel. Why is it, the same number of days, endurance athletes go gaga over—finally relieved they have a respectable aerobic base. And, amazingly the number of days, researchers are convinced make or break a newborn’s journey into positive health, learning and social adjustment. Even the language of currency considers thousand as GRAND!

With so much to celebrate…I wonder what other inconceivable wonders the power of 1000 could create.
What if a 1000 of us decided to plant and nurture a tree, a year? How much of land could we cover? How long would we take to grow a forest? How much of difference could it make to us…our present and our future?

Or, if a 1000 of us decided to donate a book a year to a government school in some remote corner…won’t there be libraries of spectacular richness and texture mushrooming all over, in a very short span?

Or, if a 1000 of us decided to contribute just 500, no— a 1000 rupees a year, towards primary education of rural children…won’t we begin to create a dent into illiteracy…slowly, but surely?

Or, if a 1000 of us decided to donate a warm garment each…to the homeless and sometimes the hopeless—won’t we all have a moment, to feel the right kind of warmth within ourselves?

And after all, how so ever much I write…a picture is worth a thousand words! Thanks once again to all of you, for being and continuing to be a part of my own beautiful adventure; for genuinely liking it…for encouraging it…for infusing it with strength…and for being the potential force of 1000 (and growing) who’d be selflessly willing to play small parts, resulting in majestic achievements. 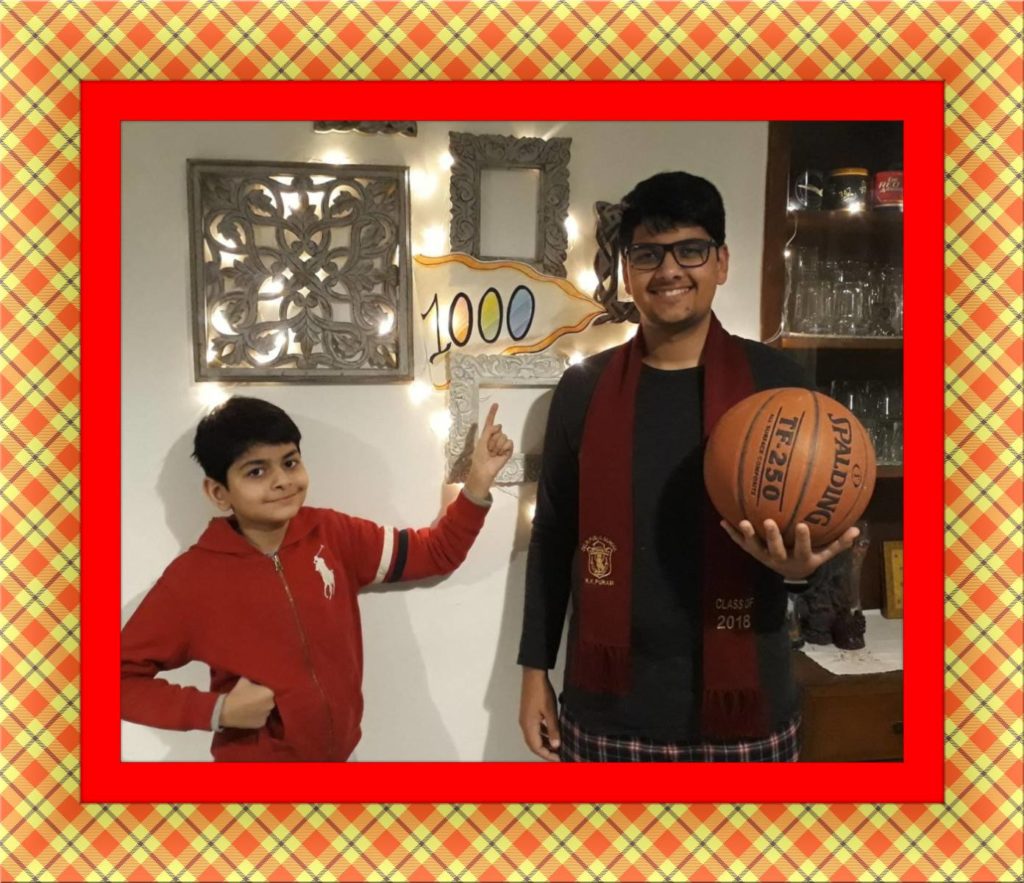